The Best Lack All Conviction. Part 2

So, why don’t people see books as valuable?

First off, I’m going to point out this fantastic piece of work to everyone:

Then secondly I’m going to point out that you’ll spend a lot less time shouting “Borderline Simpleton!” at a computer screen if you prefix everything I say with “In my opinion…”

Also, trying adding the phrase “And everything changed when the Fire Nation attacked” to the end of everything you read.

Amongst the issues related to writing anything at all is that there’s so many people better than you at it…there’s the Wikipedia definition of a First World Problem right there. That particular post is a cracking example of the kind of thing I’m going to go back to and re-read far too much for my tiny brain to handle. Especially interesting is the way that; stretched over a long enough time period the words “preservation”, “conservation”, “collecting” and “dealing” become close to synonymous when associated with books.

One of the first things you humans associate with value is rarity. Paintings and sculptures don’t shock people with their value because in the majority of cases they are unique…even if you aren’t a fan of the art, the concept of something being the last and only example of its species places hooks in your brain. We get that, we understand it…probably because there’s something in it that reflects our own view of ourselves. We preserve the things that are unique because in doing so we are preserving parts of ourselves. We achieve immortality by recognising, protecting and ensuring immortality in objects, ideas and places.

Everybody gets that; the concept of uniqueness is an instant ticket to perceived value. That’s why everything on eBay and Etsy is unique, because it says it is. 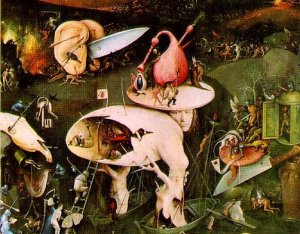 This somewhat less so…

Books are rarely unique. There are notable exceptions, and there are vast, misty realms of ignorance where we may discover tomorrow that where we thought we had many copies, it suddenly turns out we don’t.

Books were not designed to be unique, they end up that way by accident, the friction of the centuries and the manifestation of our species-wide obsession for playing with dice.

They can be rare, sometimes ridiculously so. There are maybe 16 or so copies of the first imprint of Thomas Paine’s Rights of Man, Forty-Eight Gutenberg bibles, forty or so complete First Folio Shakespeare. To further add to the confusion it is reckoned that originally the print run of Shakespeare’s First Folio in 1623 was 750…which is twice as many copies as the first print run of Harry Potter and The Philosopher’s Stone…which leads me to the next issue.

Another perceived and widely accepted indicator of value would be age. Again, people in general are not particularly shocked when something 8000 years old sells at auction for enough money to buy your own moon. It makes sense, whether it’s a head of Rameses II or a chunk of Viking drakkar or a Maori greenstone Mere (though I’ve probably randomly picked a selection of items it would be very difficult to actually sell without someone wanting them back). In general understanding age confers value; ask any old person if things were better back when they were in charge.

Everybody gets that, it’s why everything on eBay and Etsy is vintage or antique, because it says it is.

Books are perplexing in this regard. We’ll gloss over the fact that there are very few boring, worthless medieval manuscripts and we’ll fast forward to the 16th century and onwards. To a book-dealer, that’s old, to a normal human being that’s truly ancient.

The normal human being definition of old is the Victorian period, to book-dealers (because we are sooooo smart!) that’s actually pretty modern…this is probably part of our trade that we ought to be able to describe to people without sounding like that guy from Good Will Hunting who didn’t get Minnie Driver’s phone number.

Yes, that guy…we don’t want to be that guy.

There are plenty of books, a plethora, a multitude that are hundreds of years old and yet are of very little financial value. It’s a fortunate fact that human beings write books all the time, and that they always did, it’s an unfortunate fact that the majority of those books are really not all that important. 18th Century works on religion (there were many of these, surprisingly not all of them fascinating or informative), 19th Century Family Bibles, and children’s encyclopaedias from the early 20th century are all (admittedly sketchy) examples of things of which there are vast numbers with only a few individuals reaching out above the crowd and waving their arms about shrieking “Save me!” That’s without novels, short stories and poetry written by people with lots of time on their hands who paid a jobbing publisher to produce a couple of hundred copies that could then be inflicted on relatives for Christmas and birthdays forever more. I can guarantee that in a hundred years, no-one is going to want to pay money for my poetry.

This is counter-intuitive (except for the bit about my poetry) and in many ways goes against a number of things that we as humans tend to hold dear no matter what: If something survives, we respect it; if something makes an effort, we congratulate it; if something was once important to people, there is perhaps part of us which feels that importance ought to endure.

When someone calls me and says they have a book for sale and I tell them it has no worth, and they say “But, it’s really old!” and I tell them it still isn’t worth money; that isn’t the book being worthless; that’s me being unnatural (which by a strange coincidence is an adjective that has followed me my whole life).

When I put £20,000 on a Harry Potter and The Philosopher’s Stone first edition: that’s similarly unnatural. Because the world is full of people who have shoes older than that book, and it does not compute.

Another issue, albeit one in the eye of the beholder, would be beauty. Some books are undeniably beautiful, some books are mouth-wateringly, heart thumping, knee wobblingly gorgeous. Some books I am almost afraid to touch, not because I might damage or drop them, but because they’re too good for me, I don’t deserve to run my fingers over something that stunning.

If I were to show a normal, uninitiated person a copy of The Great Omar, for example they would instantly comprehend its value. The same would be true of say an illuminated manuscript, or a giant folio of astronomical charts and intricate volvella.

The Great Omar…two years of constant work to create, over a thousand gems and jewels inlaid into the binding, and then it sank on The Titanic. Effectively we swapped Kate Winslett for this.

If I were to show them a first edition “Ulysses”, or a “Picture of Dorian Gray” first edition in a dust-wrapper, or “Wuthering Heights” in original boards, and then tell them they were holding something not far short of the price of a house, the chances are this hypothetical person would be a shade more sceptical. They look kind of dull.

I’d be on the floor making inappropriate mewling noises of naked lust and awe, they’d be edging away from the lunatic and his grubby looking old books.

To me they are undeniably gorgeous; the stitching of the binding, the clean lines of the text, the carefully designed arrangement of words upon the page…the mere fact that they exist, the smell of them. Add in the fact that they also have some considerable cultural and social significance and I’m lost and flailing, hopeless and babbling in adoration. A man standing, astounded, by the sudden unlooked for appearance of his god.

The Hypnerotomachia Poliphili has actually taken a restraining order out on me, I’m not allowed within ten feet of a copy. It’s sad.

But here’s a picture from back when it still said it loved me, before Brooke Palmieri got involved and suddenly I wasn’t good enough anymore…

So books often confound the standard definitions that we have when faced with something of value. In many ways that’s a particularly on trend topic for the 21st century: defying expectations and previous conventions, the renaissance of a stubborn refusal to let things continue as they have done and to point out that although they might not fit your norm, although they might be confronting you with attitudes and opinions you hadn’t previously considered…you still have to share the world with these new, vocal and valuable notions.

One of the most pressing notions for the time is not one of the most pleasing; the oft-repeated notion that as far as the printed book is concerned…Winter is Coming.

I’m not sure what I think about that…I’ll undoubtedly tell you in part 3.